Not everything on this site will be classic American metal! Here we have the 1990 Honda CRX in excellent shape, a rarity with a vehicle once considered mundane and common. A combination of a light weight chassis, slick shifting manual transmission and a high revving motor made the CRX a popular model among tuning enthusiasts. 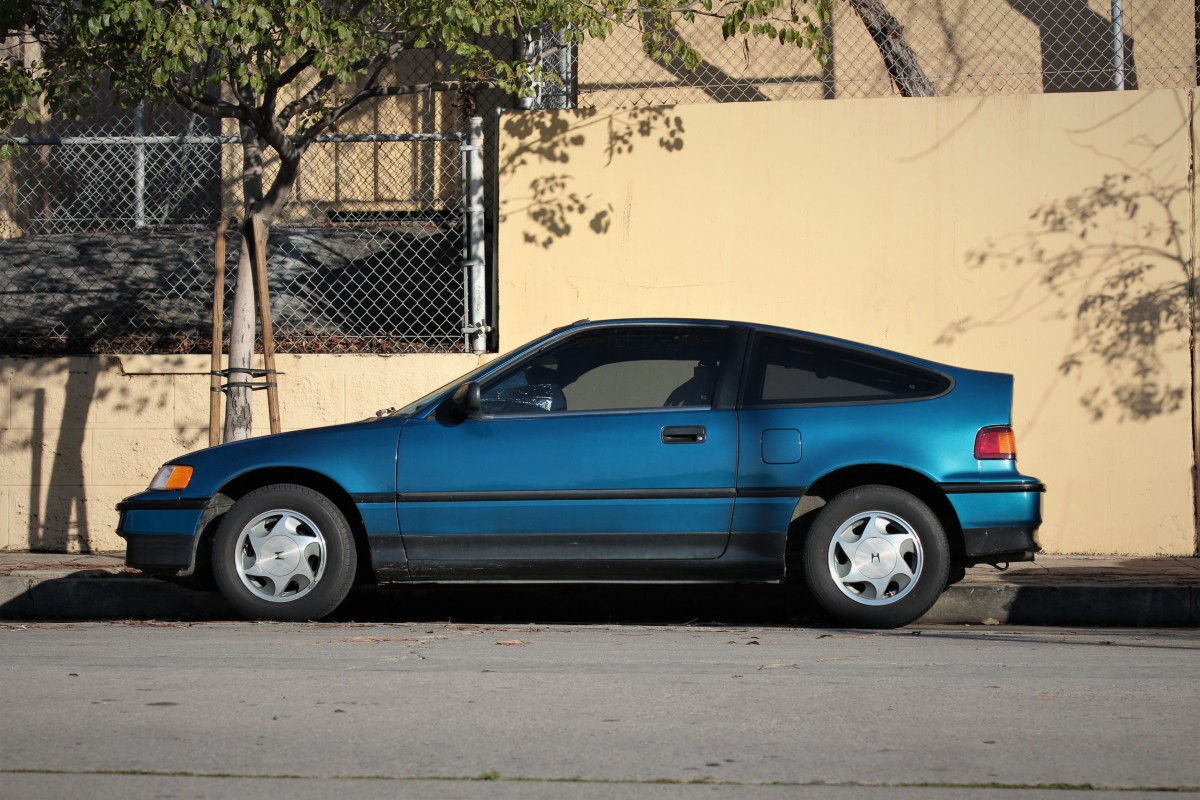 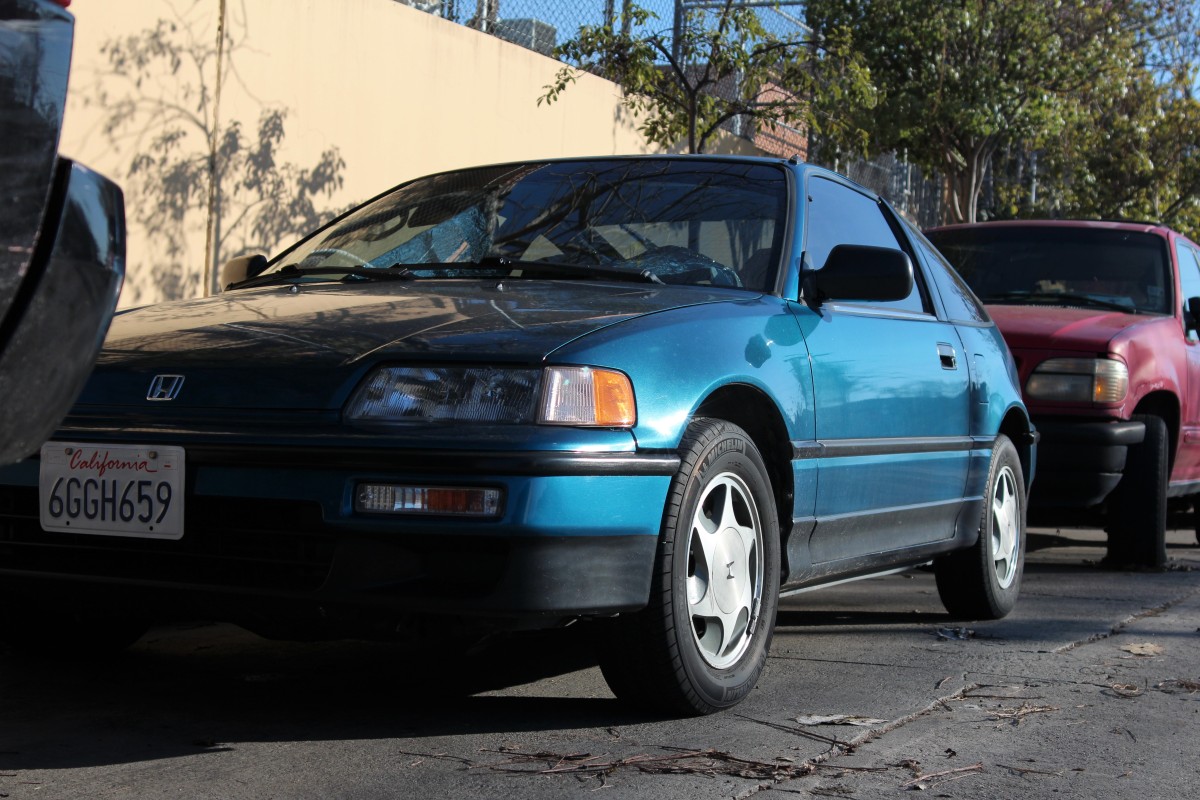 Some more information about the early 1990’s CRX via Wikipedia:

The chassis was significantly changed in 1988, from its original torsion bar front and semi-independent rear, to fully independent wishbones in front with a double wishbone semi trailing arm rear, in line with its sister Civic/Ballade models. Outside of North America, this second generation CRX was available with a 1493 cc SOHC or an updated version of the 1590 cc DOHC ZC engine. Many of these were fitted with fuel injection as standard.

Second-generation CRX buyers in the USA could choose between three different trim levels: The standard (unlabeled, sometimes called the “DX”) with the 16-valve 1493 cc “D15B2” engine and dual-point fuel injection (DPFI), the HF (“high fuel efficiency”) model with the eight-valve 1493 cc “D15B6” engine and multi-point fuel injection (MPFI), or the Si (sport injected) model with the 16-valve 1590 cc “D16A6” engine and MPFI. “DX” models were available with an automatic transmission, all others had five-speed manuals.