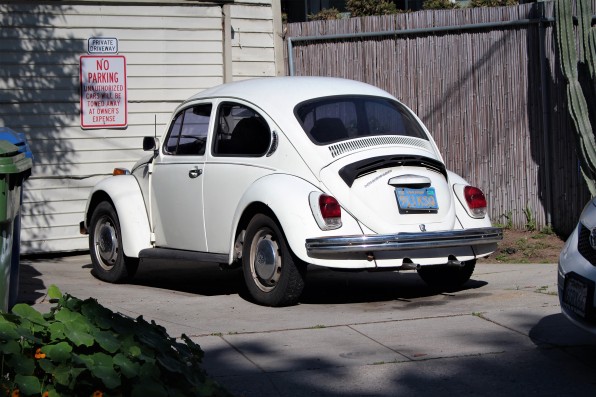 Some information via Wiki:

For 1967, a yet-again larger-displacement engine was made available: 1500cc, 53 hp (40 kW; 54 PS) at 4,200 rpm. 1200 and 1300 engines continued to be available, as many markets based their taxation on engine size. 1500cc Beetles were equipped with front disc brakes and were identified with a “VW 1500” badge on the engine lid. North America received the 1500 engine as standard equipment, but did not receive front disc brakes. These models were identified by a “Volkswagen” badge on the engine lid.

1968 was a year of major change. The most noticeable of which were the new larger, higher mounted C-section bumpers. At the rear, new larger taillamps were adopted and were able to accommodate backup lamps, which were previously separate bumper-mounted units. Beetles worldwide received the ’67 North American style vertical headlamp placement, but with replaceable-bulb headlamps compliant with ECE regulations rather than the US sealed beams. Other improvements were a new outside gas filler with spring-loaded flap, eliminating the need to open the trunk to refuel.