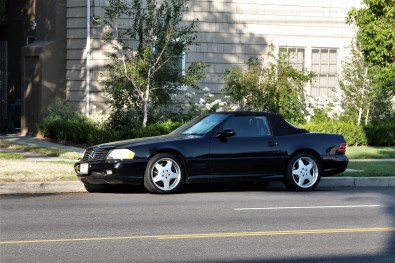 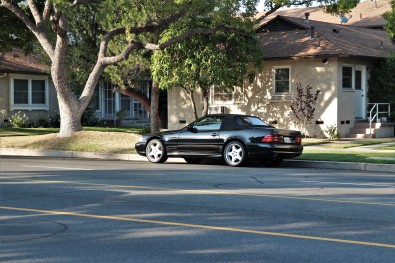 Spotted this very clean and well-looked after example of the Mercedes Benz SL500 from the 1990’s.  I have always admired the styling on the SL series and I believe it holds up well in the over 20 years since this chassis was released. And you can’t go wrong with a 5 liter V8 under the hood 🙂

Check out some other Mercedes Benz vehicles we have spotted.

Some info about this vehicle:

The R129 was produced as a two-door, two-seat roadster with an automated (electro-hydraulic), collapsible textile roof, with a shell-like, color-matched, tonneau cover. All R129s came standard with an aluminum detachable hardtop that was fitted by folding the canvas roof down and manually attaching the hardtop.