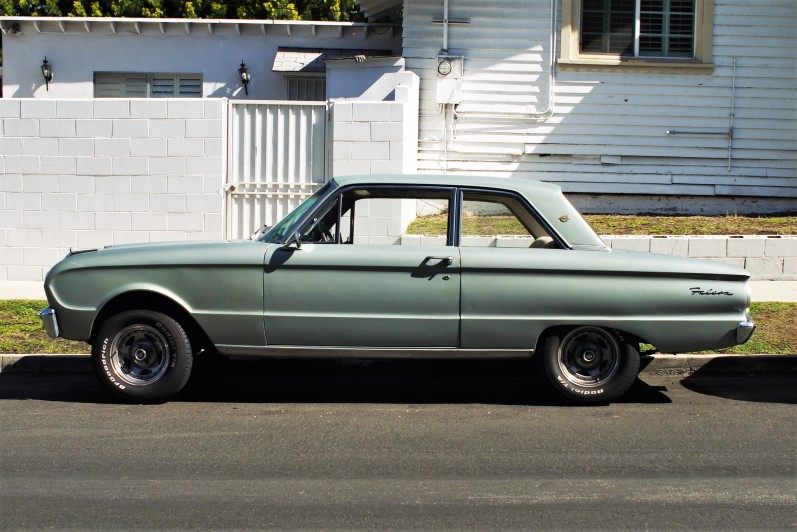 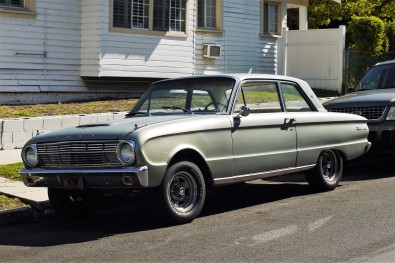 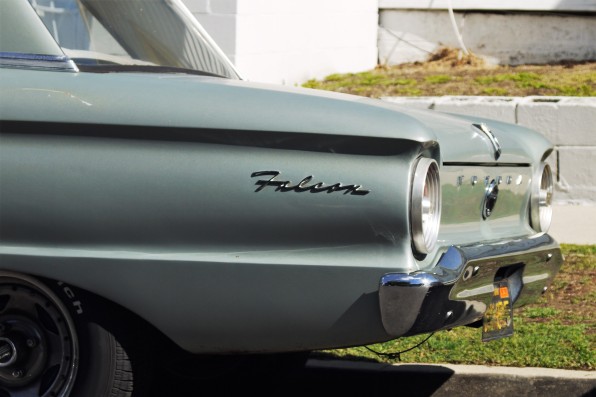 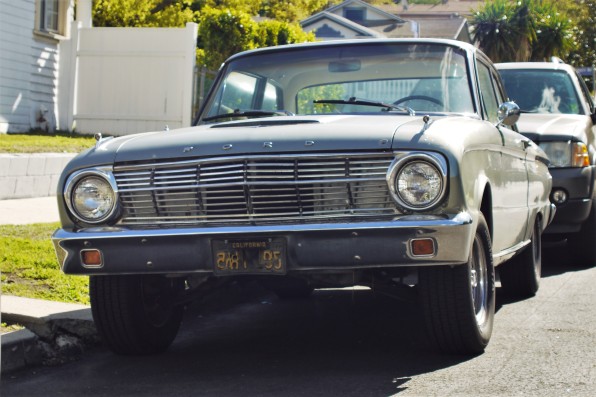 Check out this 1963 Ford Falcon Coupe spotted in Silverlake.  I am a big fan of the Falcon model, especially the first generation such as this one.  Did you know:  The Falcon line was one of Ford’s first mass-produced vehicle that was a unibody design instead of a body on frame?  Most interesting.

Check out other Falcon’s and Falcon variants we have spotted: