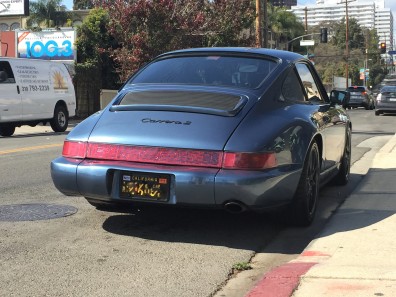 Superbly clean 1989 Porsche Carrera 2 spotted in Beverly Hills.  I like most generations of the Porsche 911, except maybe the 996 model from 1999-2004 (for looks alone). This one has been retrofitted with projector headlights and aftermarket rims, which both fit the car well.  It is hard to describe the paint color, which was stunning in person.

Check out other Porsche’s we’ve spotted