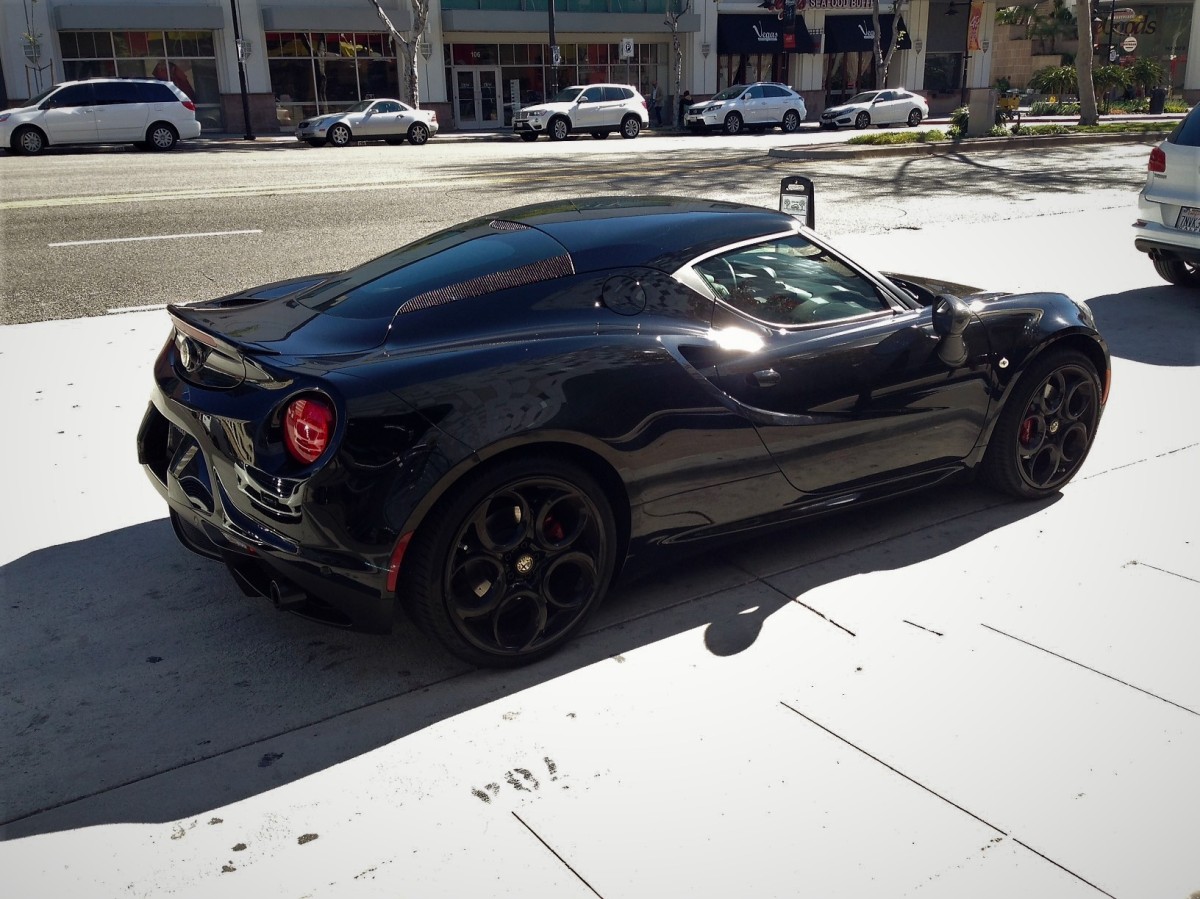 As usual, some information via Wiki:

The Alfa Romeo 4C (Type 960) is a small, lightweight, rear wheel drive sports car. Available in coupé and spider bodystyles, it uses a carbon fiber tub, front and rear crash box, and hybrid rear frame mainly out of aluminium to keep its weight at 895 kilograms (1,973 lb) and 1,050 kilograms (2,315 lb) in the United States. The 4C is the first mass-produced Alfa Romeo car to re-enter into the United States market.

Production of 4C began May 2013 at Maserati’s plant in Modena, with an expected production of up to 2500 units per year. It will be the first mass-produced Alfa Romeo car for re-entry into the US market.

Production of Alfa Romeo 4C was originally estimated to be over 1000 units per year,[26] with an upper limit of 3500 units per year, depending on the quantity of carbon fiber chassis that can be built by the supplier Adler Plastic. Within the 3,500-unit quota, 1,000 units of which are earmarked for Europe.