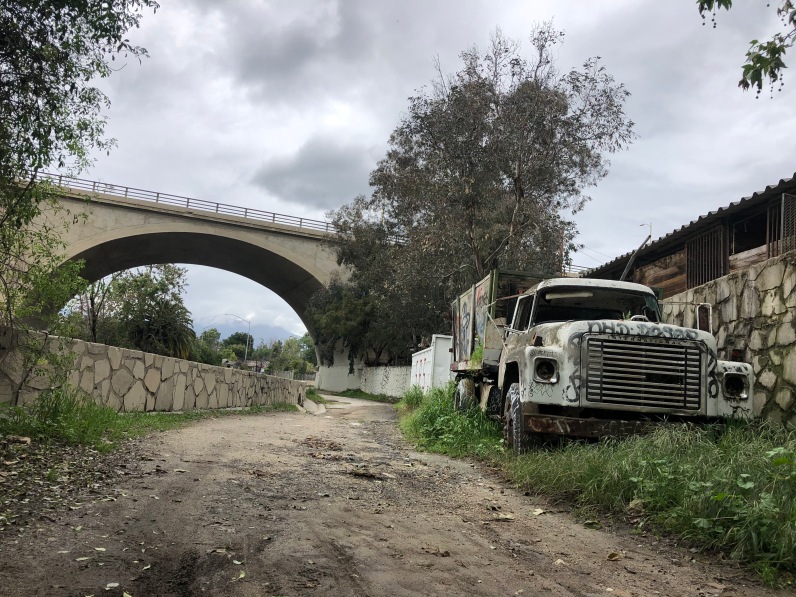 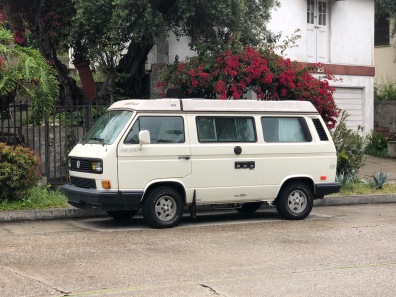 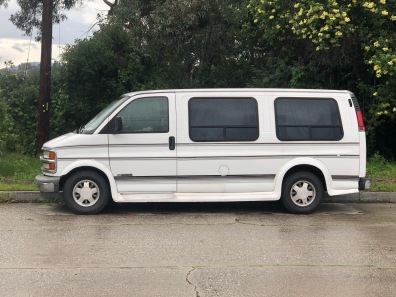 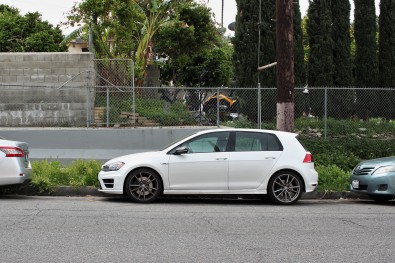 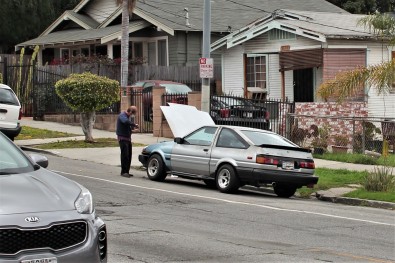 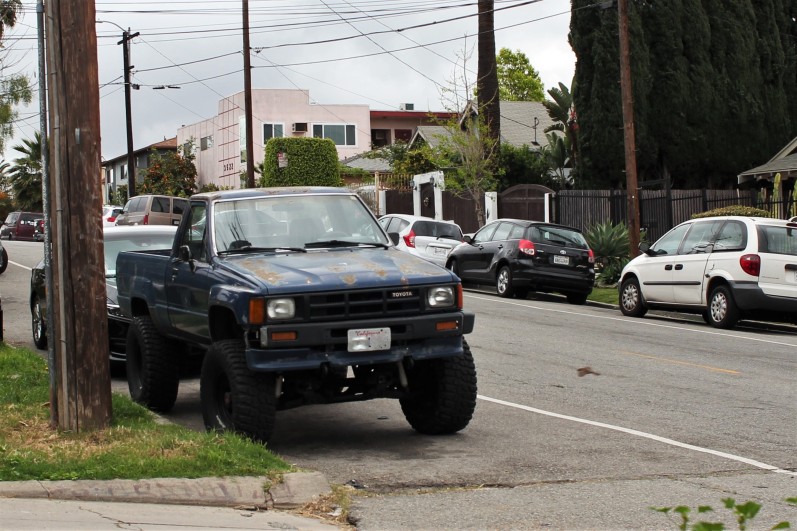 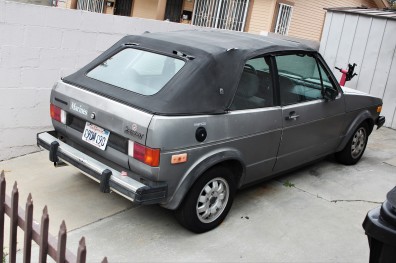 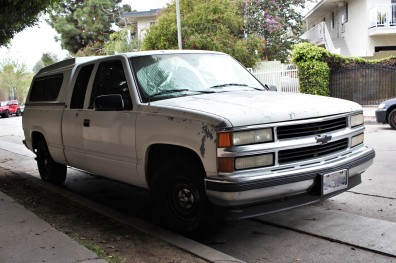 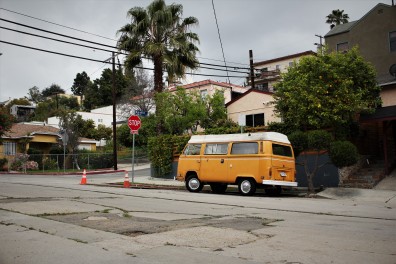 It’s the end of April and another month of quarantine and solitude has passed.  While our view of normality and our social lives have withered, our daily walks and Zoom calls have increased. With all that has happened and will happen, there will always be cars parked on the street 🙂 Enjoy 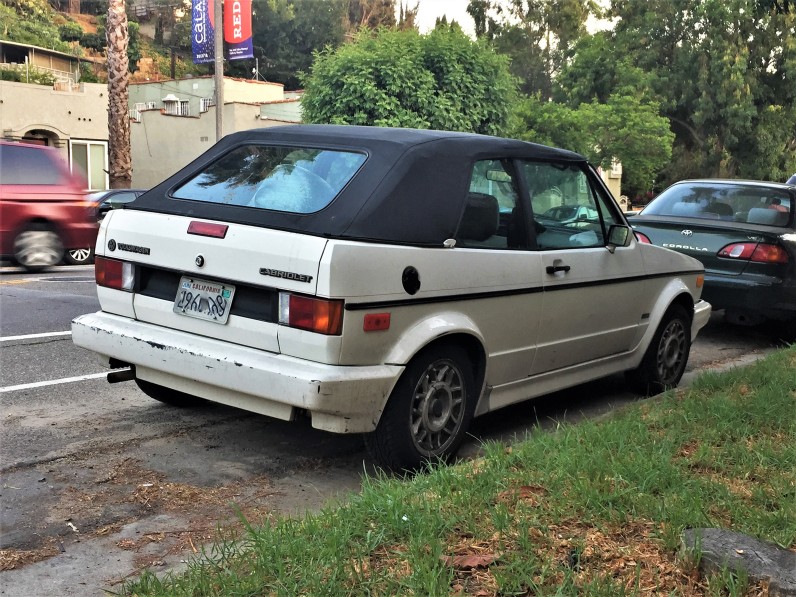 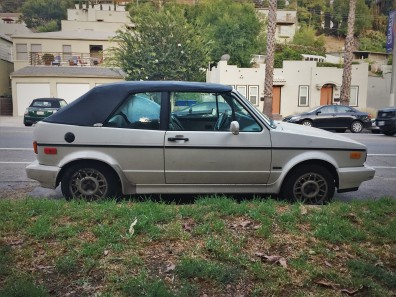 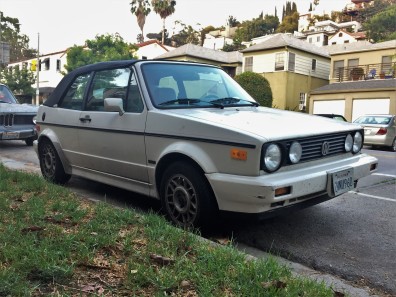 As I took a picture of this car, I was swept away to high school days with a Rabbit Cabriolet leaving on the last day of school, teenagers filled to the brim.  Why does this vehicle seem so quintessential to summer days and young folks?  It is the perfect combination of affordable transportation and top-down summer fun body architecture.

We’ve posted a few different classic Volkswagen vehicles at LACS so make sure to check out our previous posts – just hit that search button!

Here is some brief info about the VW Cabriolet.

The convertible version, named the Golf Cabriolet (or Typ 155) in Europe and Canada (“Rabbit Convertible” in America originally and renamed in 1985 to “Cabriolet”), was sold from 1980 to 1993. It had a reinforced body, transverse roll bar, and a high level of trim, and kept the pre-1980 style of rear lamp clusters. The Mk1 Cabriolet is of unibody construction built entirely at the factory of Karmann, from stamping to final assembly; Volkswagen supplied the engine, suspension, interior, etc. for Karmann to install. The vinyl or cloth tops were heavily insulated and manually – or beginning in 1991, electrically – operated, with a heated glass rear window.

The body of the Cabriolet did not change through the entire production run except for a larger fuel tank. The space saver wheel was fitted from the outset in 1978, when pre production models were built, unlike the saloon which adopted this in 1984. In an attempt by Volkswagen to keep the car’s styling current, all Cabriolets from 1988 on were fitted with a “Clipper” kit out of the factory, featuring smooth body-coloured bumpers, wheelarch extensions, and side skirts.

Prior to the 1984 model year the highest standard specification was the GLI, essentially a GTI but sporting a different moniker. It was only in 1984 that an officially badged GTI version of the cabriolet finally became available.